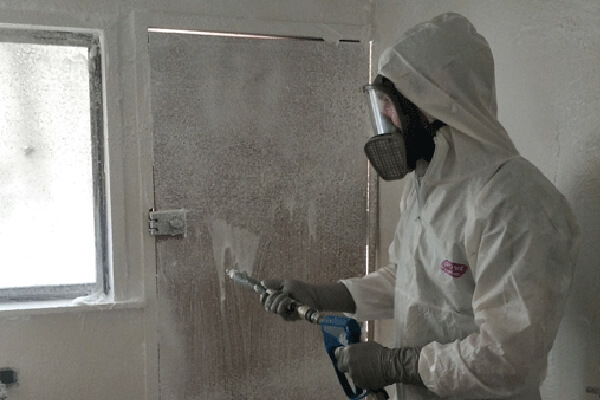 If you are worried you or someone is living a meth contaminated property or you have been experiencing constant symptoms described in our article when in the house, we can offer a comprehensive meth testing and remediation service for anyone in Melbourne, Perth, Hobart, Adelaide, Canberra, Darwin, Brisbane and Sydney as well as their respective states: VIC | WA | TAS | SA | ACT | NT | QLD | NSW.

What is the problem with Methamphetamine?

The making or cooking of the stimulant methamphetamine is relatively easy and requires minimal experience, equipment and chemicals. For this reason, a meth lab, or a place that was used to produce methamphetamine can be found anywhere, such as a large setup in a house or apartment, to smaller setups such as in a car or even a backpack.

Both smoking or cooking meth produces smoke that leaves a toxic chemical residue that sticks on various surfaces indoors and penetrates any porous materials such paint, furniture, air conditioning, vents, wood or carpet. Once it has been absorbed enough, the meth residue can take a hundred years to break down, while creating a toxic environment for anyone who comes in.

Too often, we come across situations in which a family moves inside a house that hasn’t been tested properly and then start developing serious symptoms due to the exposure of methamphetamine residue breaking down inside the house.

Common health symptoms created by the exposure to meth residue

Costs of a meth lab cleanup

A drug lab cleanup are quite complex and the cost can vary greatly depending on several factors such as:

A full decontamination can cost in the tens of thousands of dollars from most methamphetamine remediation companies, but you can rest assured that we use the latest technology available which requires very little tear-out or reconstruction. Quite often, not a whole house needs a meth remediation but only the rooms displaying levels of contamination above the national safety levels.

If you fear your property has been or is being contaminated with dangerous meth residue, or if presumptive testing uncovered a meth contamination level above the safe level get in touch with us or. An in-depth methamphetamine residue testing can prevent the expensive costs of a meth remediation.

What is a Meth Residue Testing?

Meth testing and inspections will get experts with specialised equipment to identify if methamphetamine has been manufactured or smoked in your property.

This is especially important for landlords and property managers, to carry routine testing between tenants to prevent contamination to build up and protect future tenants.

How we test for meth

Meth testing kits Australia offer a comprehensive meth screen service to detect if meth residue is present in a property. Our Professional Meth Lab Cleaners in Australia offer a holistic service of clean up and remediation of any property affected by a meth lab.

Our laboratory meth testing involves taking samples from multiple surfaces in a property which are sent to an independent laboratory for analysis. The laboratory results will allow for an exact reading of methamphetamine contamination levels. In order for a property to be safe for living in Australia Standard, the levels should be less than 0.5µg/100cm2 of meth.

A complete meth laboratory testing and meth remediation can be quite expensive, however there exists a DIY method with meth test kits that is easy to do for testing the presence of meth.

Meth Testing Kits are an inexpensive, fast and effective method to test if the levels of contamination by methamphetamine are above the safe levels in a property. They do not, however, tell the exact reading, only that if the property is safe or not (below 0.5µg/100cm2).

“We bought our second investment property and I’m glad we tested it. I’d hate for our tenants to become ill from Meth residue.”

The DIY Meth Test Kits are a simple, easy-to-use and affordable method to detect meth residue, saving our clients precious time and money. To ensure their properties are safe and free from meth contamination, a DIY Meth Testing Kit provides a discrete and fast result.